The Benefits of Pets

Children love their pets—and for good reason. Creatures large and small teach, delight, and offer a special kind of companionship.

Everyone knows that kids love animals. A quick safari through your child's bedroom will remind you just how densely imaginary critters populate the storybooks, movies, music, toys, decor, and clothes of childhood. In real life, the amount of money we spend on our pets has nearly doubled in the past 10 years, rising to more than $38 billion, according to the American Pet Products Manufacturers Association. That figure dwarfs the toy business ($23 billion) and candy industry ($24 billion).

Overall, an estimated 4 in 10 children begin life in a family with domestic animals, and as many as 90 percent of all kids live with a pet at some point during their childhood, says Gail F. Melson, PhD, professor emeritus of developmental studies at Purdue University, in Indiana, and the author of Why the Wild Things Are: Animals in the Lives of Children.

When I was growing up, I always had at least one dog padding beside me on every adventure, and my wife was raised on a farm. So we planned all along to make animals a part of our child's life, and we are delighted by how enthusiastically our daughter, Natalie, has embraced pets. Her natural zeal and passion for critters of all kinds has led to our current menagerie of one German shepherd, three cats, a freshwater aquarium, a confoundingly long-lived tank of mail order Sea-Monkeys, and, because we live on 4 1/2 acres of Pennsylvania woods, an endless series of cameo appearances by turtles, mice, moles, frogs, toads, tadpoles, ducks, geese, and slugs—to name just a few of the creatures that have come to visit.

All these beasts have been beneficial to Natalie's development, but we've been surprised by how wide-ranging those benefits have been. Like most parents, my wife and I counted on the commonsense idea that having pets around would help teach our daughter responsibility, and maybe empathy. But we've also learned that the presence of animals in our house helps foster her emotional, cognitive, social, and physical development. And I've discovered there's plenty of solid evidence to back that up.

Here are five reasons to let the fur fly in your home.

How Pets Help with Learning

While book groups are the rage among her mother's friends, Natalie has her own reading tribe: We often find her curled up in her bed or lying in a den of blankets in a quiet nook of the house, reading to one or more of her cats. She pets them as she reads, stops to show them pictures and ask them questions. She even reassures them during scary parts of the story.

That's no surprise, says Mary Renck Jalongo, PhD, education professor at Indiana University of Pennsylvania and author of The World of Children and Their Companion Animals. Educators have long known that bringing therapy animals (mostly dogs) into schools helps developmentally challenged kids learn. Now they are finding that all children can benefit from the presence of a nonjudgmental pal with paws. In one study, children were asked to read in front of a peer, an adult, and a dog. Researchers monitored their stress levels, and found that kids were most relaxed around the animal, not the humans. "If you're struggling to read and someone says, 'Time to pick up your book and work,' that's not a very attractive offer," Dr. Jalongo says. "Curling up with a dog or cat, on the other hand, is a lot more appealing."

In another study, children were asked what advice they would give less-popular kids for making friends. The top answer didn't focus on a cool toy or must-have sneakers. It was: Get a pet. Whether a hamster or a horse, Dr. Jalongo says, an animal gives a child something to talk about and a shared interest with other kids.

Animals are also a great source of comfort. Dr. Melson asked a group of 5-year-old pet owners what they did when they felt sad, angry, afraid, or when they had a secret to share. More than 40 percent spontaneously mentioned turning to their pets. "Kids who get support from their animal companions were rated by their parents as less anxious and withdrawn," she says.

Dr. Melson began studying the impact of pets in order to learn how human beings develop the ability to care for others. "Nurturing isn't a quality that suddenly appears in adulthood when we need it," she says. "And you don't learn to nurture because you were nurtured as a child. People need a way to practice being caregivers when they're young."

In our modern world, there's little opportunity for kids to provide for other living things aside from pets. "In many other countries, siblings look after one another, but in the U.S. that's not culturally acceptable," Dr. Melson says. "It's actually illegal in many states to leave kids in the care of anyone who is under 16 years of age."

So how are the seeds of good parenting skills planted during childhood? Dr. Melson believes one way is through pets. In her research, she tracked how much time kids over age 3 spent actively caring for their pets versus caring for or even playing with younger siblings. Over a 24-hour period, pet-owning kids spent 10.3 minutes in caregiving; those with younger sibs spent only 2.4 minutes.

"Nurturing animals is especially important for boys because taking care of an animal isn't seen as a 'girl' thing like babysitting, playing house, or playing with dolls," Dr. Melson says. By age 8, girls are more likely to be involved than boys in baby care both inside and outside their homes, but when it comes to pet care, both genders remain equally involved.

No expert on earth—not even the perky owner of the Happy Tails Grooming Salon a few blocks from my home—will go along with my theory that there's a direct link between Natalie's relatively small number of ear infections (two) and the number of cats in our home (three). So, okay, I'm probably wrong in thinking that felines lower a child's risk of otitis media. But there is reason to believe that animals can help protect kids from at least some illnesses.

According to a study by Dennis Ownby, MD, a pediatrician and head of the allergy and immunology department of the Medical College of Georgia, in Augusta, having multiple pets actually decreases a child's risk of developing certain allergies. His research tracked a group of 474 babies from birth to about age 7. He found that the children who were exposed to two or more dogs or cats as babies were less than half as likely to develop common allergies as kids who had no pets in the home. Children who had animals had fewer positive skin tests to indoor allergens—like pet and dust-mite allergens—and also to outdoor allergens such as ragweed and grass. Other studies have suggested that an early exposure to pets may decrease a child's risk of developing asthma.

No one knows for sure why this is the case, but Dr. Ownby has a theory: "When a child plays with a dog or a cat, the animals usually lick him," he says. "That lick transfers bacteria that live in animals' mouths, and the exposure to the bacteria may change the way the child's immune system responds to other allergens."

One of the biggest benefits of having pets is often unexpected, even for parents who grew up around animals: They can help families grow stronger and closer. "Whenever I ask children and parents if their pets are truly part of the family, most of them seem surprised—and almost offended—at the question," Dr. Melson says. The most common response: "Of course they are!"

A pet is often the focus of activities that families do together. Everyone takes the dog for a walk, or shares in grooming and feeding him, or gets down on the floor and plays with him. There are even benefits from simply watching a cat chase his tail or a fish swim in his tank. Spending time like this offers the wonderful potential of slowing down the hectic pace of modern life. If someone asks what you've been doing, you might respond "nothing." And in this era of overscheduled children and parents who are constantly on the go, "nothing" can be an important thing to do. 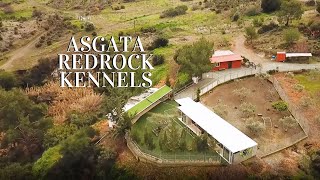 IT'S OFFICIAL, WE ARE OPEN FOR CATS TOO!

The Benefits of Pets